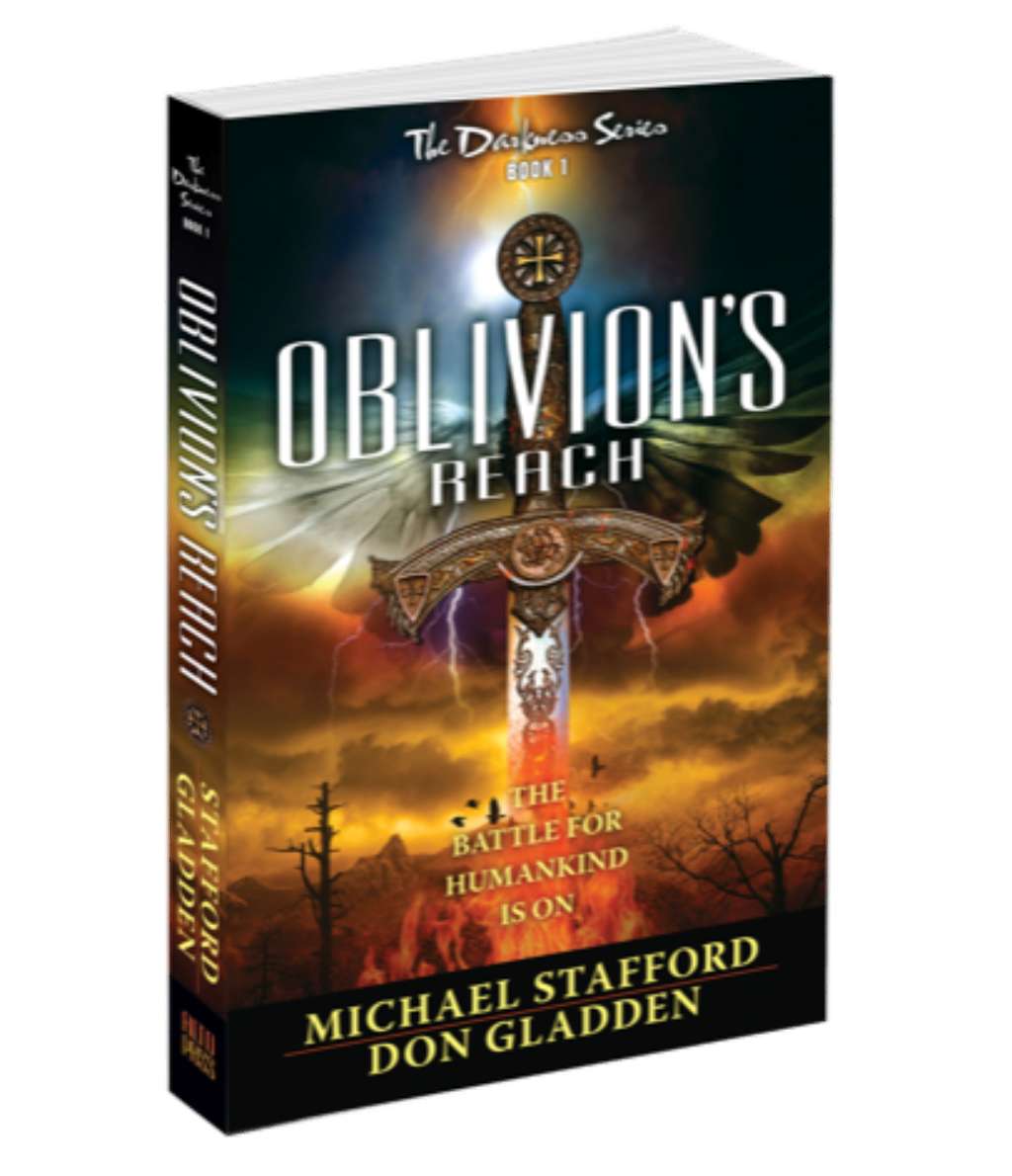 The Darkness Series - Book I

Before the Earth’s last days, Before there would be a population left behind, The battle for those that were chosen,Those that would go,Raged between the forces of Heaven and Hell...

Sworn to defend when asked, God’s own Angelic Warriors battled Satan’s Demonic Fallen Angels, Assisted by men and women of faith who became a living testament, To the power of prayer...

Jones O’Brian, an Afghanistan war veteran, Special Forces operative, loses his wife Kaz to a horrible cancer. His faith in God is shaken.

What kind of God would do such a thing he asks?

Angels answer. In this action filled novel about God’s Angelic Warriors and Satan’s Demonic Fallen Angels, the battle for Humankind is fierce and ongoing. Satan and his minions know full well that God has been very specific: there will be no going back. It is also clear that the Rapture, when it occurs, will result in the Fallen Angels being cast into the fiery pit for one thousand years.

Hell will be their new home.

The source of all evil on Earth, it becomes clear that for Koal, Sonta, and Zorah, the process of turning the faithful to the ‘Darkness’ must be accelerated if the Fallen are to survive. Their only recourse is to eliminate the believers. Countering this wave of darkness is the task of the Angelic Warriors, Ephram, Arrow, and, when needed, Michael, the most powerful of the angels. Prayer, being asked to help, is the trigger behind all angelic intervention.

Unless asked, the angels cannot intervene.

Set in the scenic wilderness of Southern Illinois’ river country, the battles at the Little Grand Canyon, Bald Knob Cross, Shawnee National Forest, and The Garden of the Gods will fascinate readers of faith and those who have none. It is my hope that all who read Oblivion’s Reach will feel the power of prayer that resonates through the outreach of the characters who are fighting an enemy of biblical proportions.

"This Is A Really Good Story of Good Versus Evil!"

I highly recommend Oblivion’s Reach. While I do read and enjoy this genre, I don’t read it exclusively. This book appealed to me because it reminded me of the Left Behind series that I read and loved in the late 90s. As suspected, this book is similar to Left Behind. Part science fiction, part inspirational, part romance with a lot of action and excellent character development.

As I read, found myself wondering about the author. Some parts contained so much detail that I wondered if he was ever in the military or had any type of law enforcement experience. The story contains specific information about firearms and ammo and surveillance that it almost seems the author must have that kind of a background or did very thorough research on the topic.

This is a really good story of good vs. evil!

"This Book Will Inspire You to Open Your Eyes..."

This book gave me a whole new perspective on the power of angels in our daily lives. Just because we don't see them doesn't mean that they are not there.

The bible includes many promises of God's Spirit intervening in our lives and Michael and Don do an amazing job of crafting a story that plays this out in an "end times" scenario.

This book will inspire you and open your eyes to the power of both Heaven and Hell that battle for the souls of mankind on a daily basis.

"Oblivion's Reach" will make you reflect on your life's journey and what possible divine interventions you might have witnessed.

This is a saga of a man who has little time to discuss or know his true religious beliefs but as life happens, he ultimately realizes after he is protected by Angelic Warriors.

This story sets the stage for the final earthly battle between good and evil. The characters is this tale react, not knowing how much of an impact they could make in such a battle of supernatural powers.

They do not shy away from their responsibility of trying their best to save life on earth as they rely on any resource available including strengths of each other and even the power of prayer.

A must read for all! 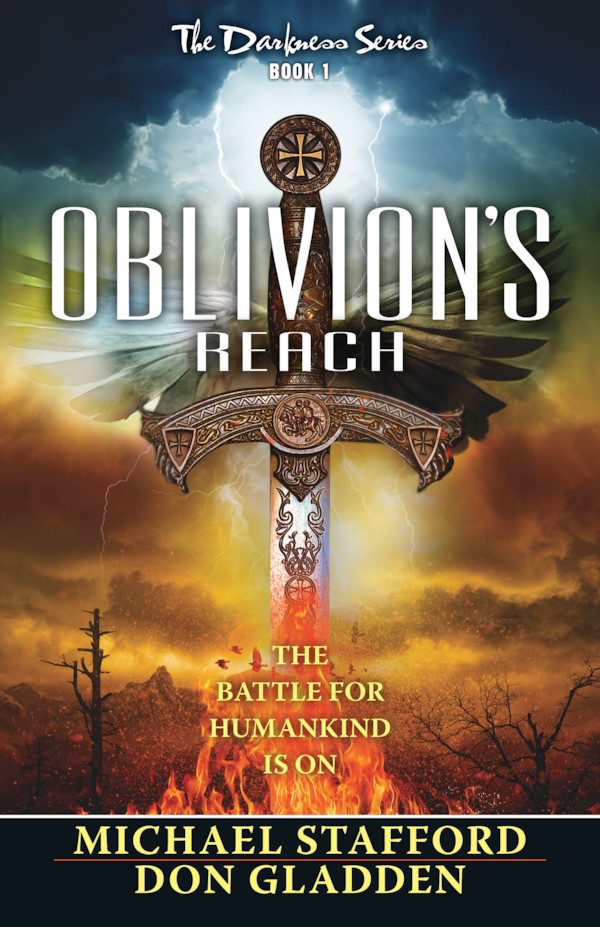 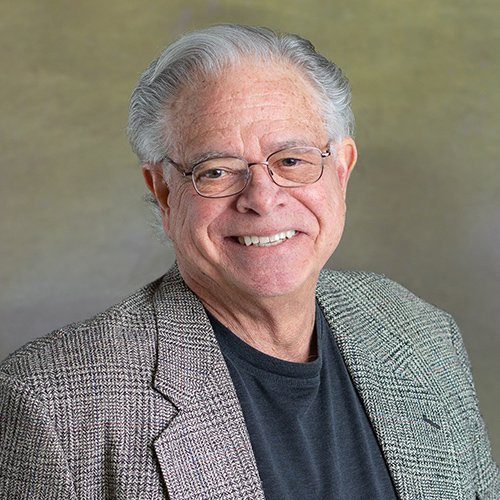 Don Gladden, a product of rural southern Illinois, had an experience with Jesus and accepted Him as his savior when he was nine years old.

He attended Southern Illinois University, Carbondale, on athletic (football) and academic scholarships. Receiving a degree in Management/Finance, he continued in graduate school in Administration while working at the University.

Feeling called to serve, he pastored a small country church in the early ’70s. This experience established his platform and hunger for more understanding of the truths of the Bible. He embarked on a journey of management positions in several industries (trucking, health care [clinic management], public accounting, long-term care). These experiences prepared him for a 25-year career in Christian broadcasting.

His two years in radio and twenty-three years in television exposed him to the reality of Satan’s continual attempt to shut down God’s move to bring Heaven to earth. He has experienced first hand the power of intercessory prayer in the broadcast arena.

He and Michael Stafford have written Oblivion’s Reach to expose Satan and his Fallen Angels' attempt to keep as many people as possible out of the Kingdom of Heaven. He is the author of Jones’ Corner and will be publishing The Fight is In the Shadows soon. Don, and his high school sweetheart, Charlotte, have been married fifty-five years and have two daughters and one son and several grand-children.